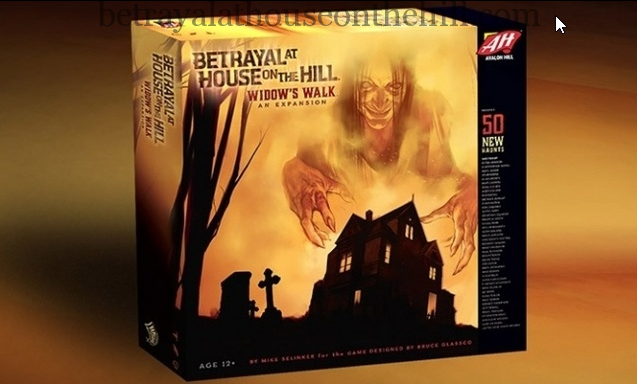 Betrayal at House on the Hill Widow’s Walk is available now!

About replacement of sliders which used for a character card of Betrayal at House on the Hill Widow’s Walk there are some APPS for android google play store & iTunes store have a solution for that so you can track stats of each player (up to 6 players).

Answer: absolutely no! You need the original board game play.

The expansion pack includes expended house and new hunts, new omens, new stories and more, but don’t forget that the maximum numbers of players are 6 players. The new release of Betrayal at House on the Hill Widow’s Walk need the both old and new books to play with scenarios.