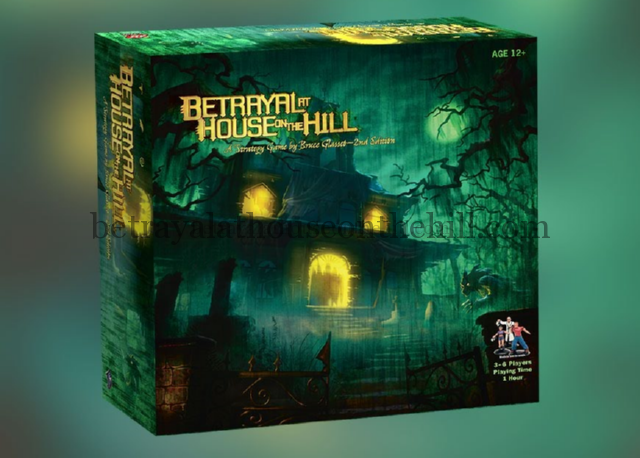 Betrayal at house on the hill review: the horror party board game for Horror lovers funs!

In the haunted house board game you should take place and start to explore the secrets,

your friends also do exploring the secrets. But be careful about one of the players is (traitor).

The players start to find on the haunted house trigger, events, and omens and collect items they find. Then the haunt part will be starting the omen cards triggered the haunt, so when the omen card is collected, the player MUST roll the dice, he need to make more score than the current collected omens on the betrayal boardgame. But if you fail with this or you got less score than the current collected omens on the board, the haunts START and so; depending on the omen in this situation one player will take the action! He will fight other players (securely) by monsters and the other player will continue to fight against that Horror monster to survive.

Explore more about our board game

Do you like (HORROR house Movies)? If so, yes,this Betrayal at house on the hill review is for people who interesting like (haunted House) or HORROR games. You Will Really enjoy with your friends by guessing in the game, Each game is a different experience with new story lines. So enjoy!

Object of the Game

Explore the house and make your explorer stronger until the haunt begins. After that, your goal is to complete your side’s victory condition first, either as a traitor or a hero. After setup, the table of this house on haunted hill board game should look something like this: (its second edition)

Get started now! And we will now introduce how to play this Haunted Game fun, kindly please read bellow game rules to understand how to discover new room and explore specialist rooms.

Attention!
This boardgame is not for children This game is seriously scary for a 12+ year old game! Don’t play it with your kids under 13 years old!
check our Hill Game!

How to Play Betrayal at house on the hill?

Starting with the first player and going to the left, each player takes a turn exploring the house.

A Note on Terminology: For simplicity’s sake, these rules use “you” to refer to the character taking the action or affected by the card or tile, whether an explorer (which includes heroes and the traitor) or a monster. Rules that affect a particular kind of character (such as an explorer) use that term.

Traits
Each explorer has four traits, shown as lines of numbers on the character card: Might, Speed, Knowledge, and Sanity. Speed and Might are physical traits, while Sanity and Knowledge are mental traits. Many cards, tiles, and other game effects, adjust your traits up and down. When an effect increases or decreases a trait, you slide the plastic clip as many spaces as the effect says. For example, Zoe angstroms starting Might is 3. If an effect increases her Might by 2, you would slide the clip 2 spaces toward the maximum value, raising her Might to 4. Each trait has a maximum value, the highest number in the line, which can’t be exceeded even if an effect would increase it. Zoe’s starting Sanity is 5. If an effect reduces her Sanity by 2, you would slide the clip 2 spaces toward the skull symbol, dropping her Sanity to 3. (If her Sanity drops by more than 2, Zoe will die unless the haunt has not yet begun.) Damage: Many cards, tiles, and other game effects can deal damage to your explorer. When you take physical damage, you can divide it between Might and Speed as you choose. You slide the clips for those traits a total number of spaces equal to the amount of damage you took.

Attacks against Sanity or Knowledge deal mental damage. This works just like physical damage, but you divide the damage as you choose between Sanity and Knowledge instead of Might and Speed.

Betrayal at house on the hill review: great game its a 2nd edition, player count from 3 up to 6 players (Heroes) so explore the haunted house; you should play this game its funny and it makes us so funny!

how to buy boardgame?